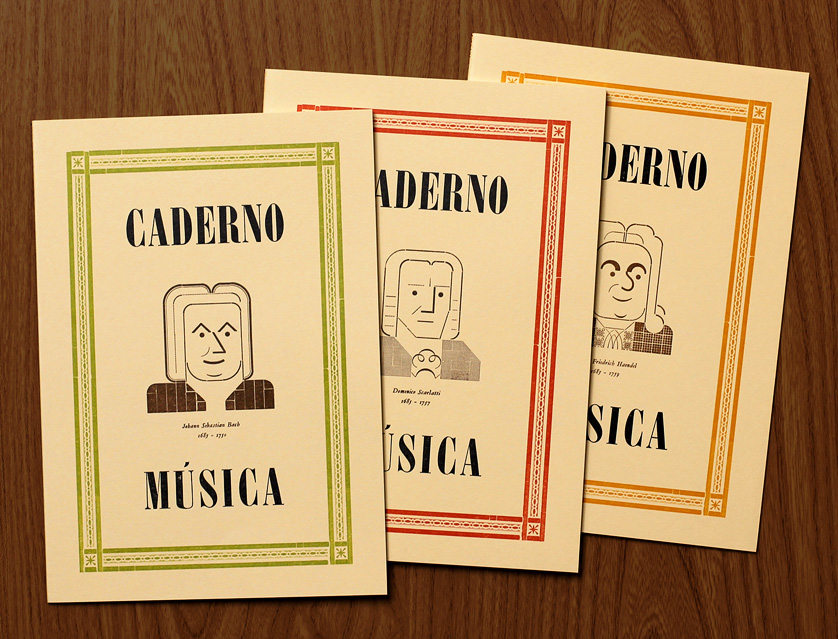 In the year marking the 333rd birth anniversary of Bach, Haendel and Scarlatti, we printed these Music Notebooks in 3 different models.

Johann Sebastian Bach (1685-1750)
Extraordinary German composer of the Baroque period, who never left his native country, but whose music reached the interstellar space aboard the Voyagers.

Domenico Scarlatti (1685-1757)
Neapolitan composer who spent much of his life in Portugal and Spain, where he composed 555 sonatas for the harpsichord.

George Frederick Haendel (1685-1759)
German composer who spent much of his life in London, where he composed aquatic and pyrotechnic music, among others.