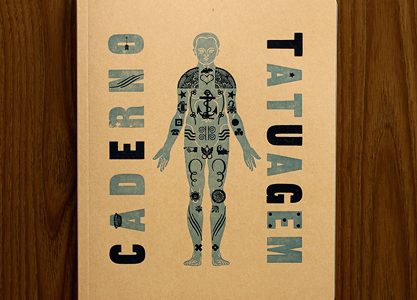 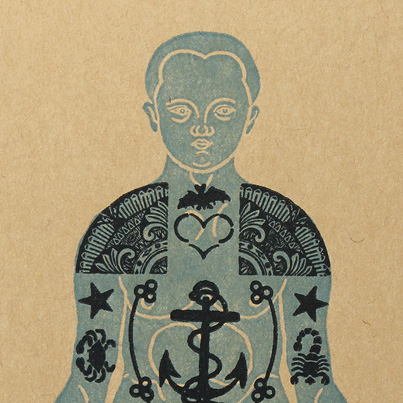 After we read Herman Melville's Typee, based on his personal experiences among tattooed cannibals from the Marquesas Islands; after we have flipped through Ray Bradbury's Illustrated Man, where a body filled with drawings has the power to tell stories and predict the future; after having seen a documentary about Ötzi - the Tyrolean Iceman mummy, decorated with 61 tattoos; and after we had a good laugh with a Shin Chan's episode about a Yakuza boss painted from head to toe, we decided to make this notebook.

Two men and two women of different complexions, created after Albrecht Dürer's drawings, appear in various poses ready to be tattooed over the 48 pages notebook.